ALTEMUS, PLANCK AND THE PICTURESQUE LOGOS OF TRANSFORMATION 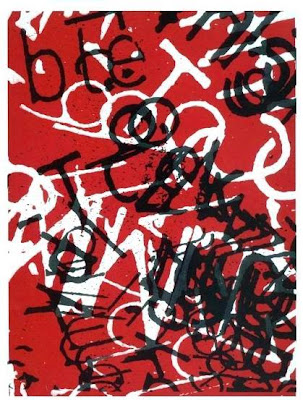 Every action, every art work for me, every physical scene, drawing on the blackboard, performance, brings a new element in the whole, an unknown area, an unknown world.
- Joseph Beuys


In the thought of Max Planck everything is objectified, made into an entity, using measurement and quantification but in a way that does not preclude other measurements, other quantities from appearing at any moment. Self-sufficient systems, whatever the phenomenon or matter being considered, are presented in their entirety and what might be called their visibility. Equations are worked out that define the phenomenon or matter in its fullness. But Planck himself asserts that these stable systems and bodies in suspension are likely to reveal themselves as incomplete. Invisible and uncomprehended aspects characteristically transform what we take as actuality into something in the end conceptual.


Mankind is making every endeavor to press beyond the present boundaries of its capacity, and we hope that later on many things will be attained which, perhaps, many regard at present as impossible of accomplishment.(1)


In Planck’s methodology, a problem is solved the moment that its aspects become quantities.


Can it not happen that a process which up to the present has been regarded as irreversible, may be proved through a new discovery or invention to be reversible?(2)


Visual writing, visual poetry are similar to Planck in that, despite containing or being derived from language, they are offered as a representation and picture. They stand quite separate and apart from the prominent textual discontinuities of language-use itself, as an indefinite, substantive Other, a “compositional ideal” unknowing of statements being made, diction, complaint, scholarship. Visual writing offers an abstract technical and formal commentary that brings to life basic anthropological evolutionary themes latent in the nature and fabric of language itself. Visual art pieces together the unarticulated evidence of lost voices and dialects as yet unheard as part of the ongoing endeavor of transcendent creativity—either ones that are suppressed in the present or ones that are still unformed in the future.

Reed Altemus’ visual work above, consisting of a background of a bright, cherry shade of red, on which are initial white and black hand-scrawled script-like drawing and print-designs, portrays an exciting and picturesque time-filled open space simultaneously antagonistic and harmonious, . It is a work that applauds both individuality and participation. It puts the viewer in mind of society rather than community, nature rather than structure, freedom rather than organization. In this particular Altemus universe, a reality is sought that is closely felt rather than nonreferential. It is a metaphysical war-zone inscribed with direction and intent.

Though the black and the white might be symbolic, it also might be the case that this work has in it a factor that combines reassurance with failure, an uncertainty and inability that cannot ever be entirely eliminated. Its geometric borders hold an ellusive world of the known—our U.S.A.—except that the patriotic red-white-and-blue has missed its mark, becoming rather a connotative red-white-and-black. As its creator, Altemus offers a generous contemporary but, to a degree, linear landscape that has as its focus a refreshingly uninhabited, incoherent rather than normative, surface.

Stubbornly the work is ever-moving, ever-changing, ever-awake and attentive searching the isolated fragments of its semi-existence. In this way, Altemus argues that in its end state, in its totality and total visibility, identity, homeland, planet retain what might be considered in some sense “blemishes.”

Whereas Planck and Altemus ingeniously and actively produce works that multiply the realms of recognizability, the world of immunity and falseness, the world incorporated against liability—the conceptual world that remains hidden—does just the opposite. Picking a quote from Marx basically at random:


Land, so long as it is not exploited as a means of production, is not capital.(3)


The message is that all things and phenomena that are “exploited as a means of production,” taking the form of an unshared commodity outside or exempt from the discourse, whether for a means of production or unused as a special possession, give rise to extraneous laws and structure that constitute the obstructive barriers effectively building a divided world of imbalance. Art and science create abundance from lack. The world creates lack from abundance. Materialism is perhaps unjust outcomes in an unstable state. In Altemus’ portrait of transformation—and Planck’s—with their advancing letters and sanctified numbers, their typographies and equations of human possibility, there is no sign of “exploitation as a means of production” or general economies predicated on impoverishment. Only capital’s absence appears as an identifiable quantity.

Tom Hibbard has had recent work published in the last Australian issue of Jacket, and the current issue of Moria. He also has a new collection of poetry, Sacred River of Consciousness, from Moon Willow press. He is currently involved in the political struggles in the U.S. and world against mindless far-right extremism.